Opinion: SFPD gets bad news on the home front while Mayor Breed makes no news in Europe 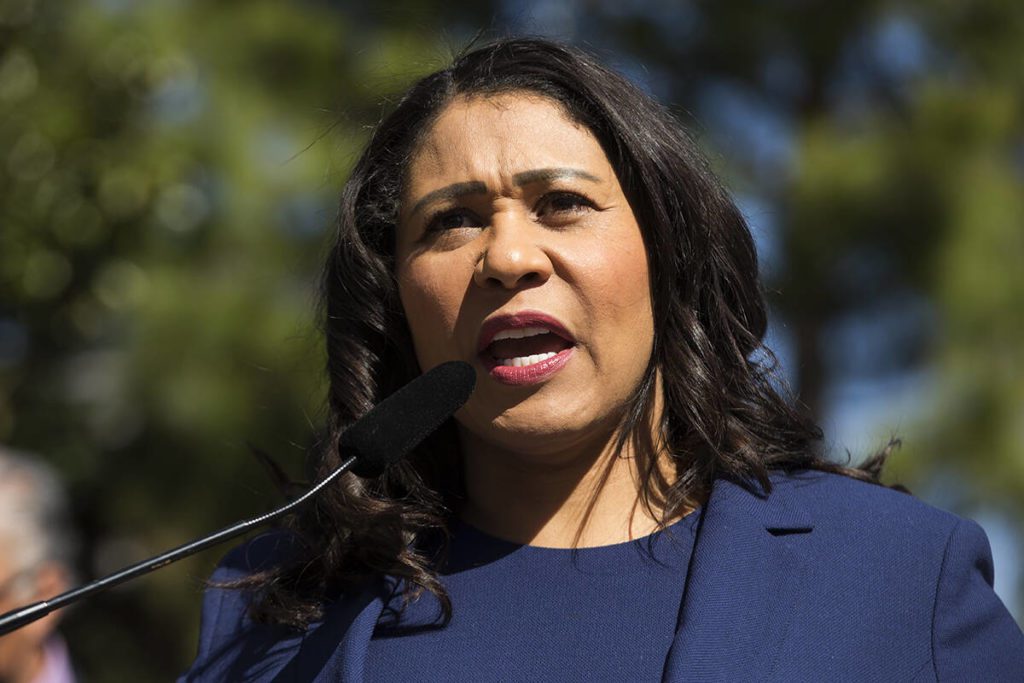 The San Francisco Police Department received a surplus of bad news over the past week. Despite a $700 million budget and years of reform, SFPD officers underperform at solving crime but still manage to detain, harass and use force against Black people at disproportionate rates.

“Black people were also 10 times as likely to be searched as white people, and four times as likely as Hispanic people, the report showed,” wrote Megan Cassidy of the San Francisco Chronicle, who got a sneak peek at the SFPD’s racial disparity data. “Police used force on Black people 12 times more than white people and five times more than Hispanic people.”

SFPD Chief Bill Scott officially addressed the issue at Tuesday’s meeting of the Board of Supervisors.

“I wish I could come in here and tell you that we have made more progress than we have in that area, but we haven’t,” Scott told supervisors. “But we have made some progress and we’ll continue to work as hard as we can to change it.”

In better news, the overall number of such incidents declined and SFPD is on track with implementing reforms. Unfortunately, racial profiling persists.

The SFPD’s report came on the heels of a scathing study from the Center on Juvenile and Criminal Justice (CJCJ). The report alleged SFPD costs more taxpayer money but achieves fewer concrete results than police departments in other major California cities.

“Compared to other big-city police agencies, the SFPD solves fewer crimes despite larger staffing per city resident and costs per area patrolled,” read the report. “The department also greatly over-arrests Black people, refuses to record the ethnicity of Latino arrestees, and flagrantly omits offense descriptions for a substantial share of arrests.”

In addition: “The SFPD has the lowest rate of reported offenses solved by an arrest (8.8%) compared to other major city departments.”

An SFPD spokesman blasted the report as a “PR stunt,” questioned its calculations and said the department is underfunded. But the CJCJ report’s findings seem to match recent stories about SFPD officers sitting around watching crimes occur in their presence.

Who can forget the cannabis dispensary burglary on Grove Street in which cops were caught on camera, watching idly as the perpetrators escaped? Heather Knight of the Chronicle also wrote a column detailing multiple citizen stories of local cops ignoring solvable crimes.

With these anecdotes now backed by data, expect SFPD’s lack of effectiveness to receive more scrutiny in 2022.

Yet another problem for Mayor London Breed to address when she gets back from Europe.

London not calling: Unfortunately, Breed’s big European escapade appears to be a media flop. A week into her grand 10-day tour of London, Brussels, Frankfurt and Paris, her effort to sell The City to Europe’s tourists had yet to generate press coverage.

Breed’s office told reporters the mayor would conduct media interviews to reach potential vacationers. Yet an exhaustive search of Google News and social media didn’t turn up one measly clip about the mayor’s foreign mission.

I asked Breed’s office whether she had received any coverage that might not be reflected online, but no one got back to me.

Oddly, Breed hasn’t done any social media posts about her trip. Instead, her Instagram and Twitter accounts have focused exclusively on local issues. She highlighted a new housing project in SoMa and celebrated the 225 commissioners she’s appointed to city posts during her tenure.

Not one pic in front of Big Ben. No cleverly-captioned croissants or selfies with Paris Mayor Anne Hidalgo.

Who blows $25,000 on a Eurotrip without flaunting on the ‘Gram? Someone who is spending public funds on an unnecessary junket during the possible advent of World War III.

Speaking of Ukraine: David Campos made another unforced error in his apparently doomed campaign against friend-turned-foe Matt Haney. At a recent rally for his Assembly District 17 campaign, Campos compared his team’s plight to Ukraine’s struggle for freedom.

“There is some, you know, connection to Ukraine,” Campos said. “Because we are, you know, fighting and running like Ukrainians. We are up against the odds. Right?”

Video of Campos’ cringeworthy analogy quickly circulated among The City’s politicos, and the Twitter mob roasted him.

“Ukrainians are currently being killed by the thousands and are fighting for their lives,” said Haney, seizing the opportunity. “David Campos drawing a parallel between his campaign and their heroism and sacrifice is offensive.”

Campos tried to out-outrage his critics, accusing Haney’s supporters of attacking him because he expressed “admiration” for Ukraine. He also portrayed Haney as a puppet of oligarchs.

“I know that all struggles against oligarchs, against democracy and against injustice are united,” Campos said. “Haney has the billionaires on his side.”

If Campos loses the runoff on April 19, he will ostensibly return to his old job as chief of staff for District Attorney Chesa Boudin. Just in time for the recall.

Polls down, surf’s up?: It’s looking like Boudin may have plenty of time to surf this summer. The embattled DA, who is known to hit the waves at Ocean Beach, got bad news last week when his opponents released a poll showing big support for the recall campaign.

The poll by EMC Research showed 68% of The City’s voters supporting the recall. Over 74% of voters expressed an unfavorable opinion of Boudin. The DA’s team says it’s a much closer race, but no one seems to dispute the fact that the DA is endangered.

It’s a raw deal, but Boudin certainly wouldn’t be the first politician to suffer such a fate. Just ask former Gov. Gray Davis, who found himself scapegoated during a period of general voter discontent in 2003.

Californians had myriad reasons for tossing Davis from office, but in retrospect none of them made much sense. His successor, Arnold Schwarzenegger, would eventually reach a record low approval rating of 23% during his final year in office in 2010. That’s one point lower than Davis’ 24% approval rating in the month before voters gave him the axe.

Pity the next DA, who will be expected to miraculously halt all crime in San Francisco — and without much help from the lackadaisical SFPD.

Gil Duran is Editorial Page Editor of The Examiner. gduran@sfexaminer.com

The Location Guide, Filmmakers for Ukraine and EUFCN join forces for fundraiser at Cannes 2022