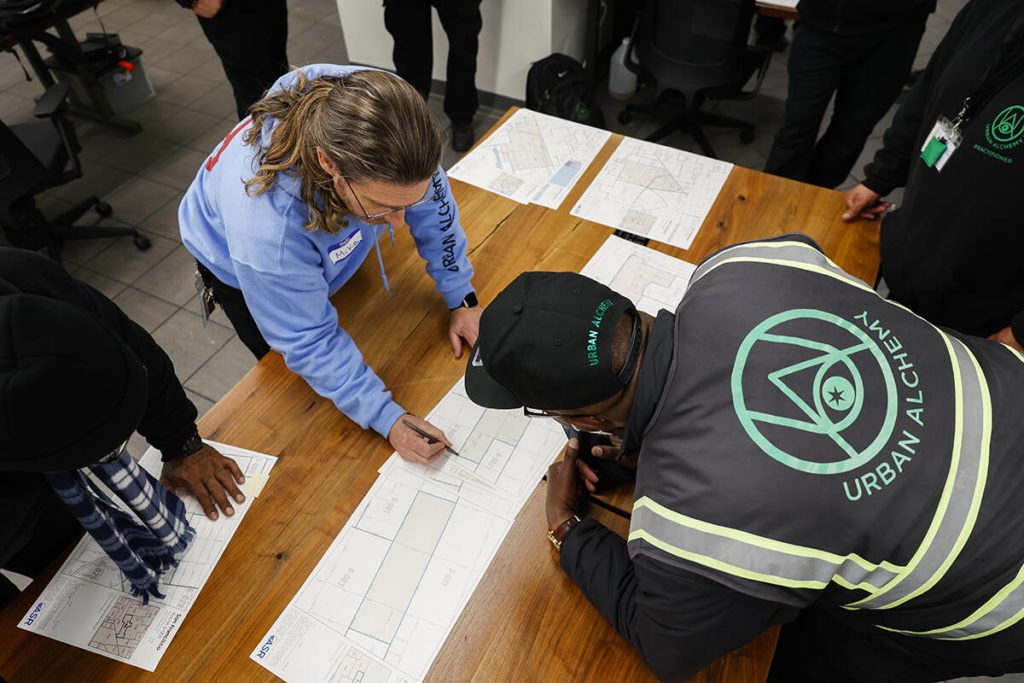 by The Examiner Editorial Board

The shooting of an Urban Alchemy street “ambassador” in front of a homeless encampment near City Hall on Feb. 23 highlighted the dangers of this unusual job and raised questions about the legality of the nonprofit’s concept. Despite the fact that Urban Alchemy is receiving tens of millions of dollars in taxpayer money from city coffers, the operation remains stubbornly mysterious and opaque.

Urban Alchemy hires individuals who have experienced addiction, homelessness or incarceration to patrol some of The City’s grittiest blocks. Clad in distinctive black and green reflective vests, they provide extra eyes and ears on the street. Some credit them with helping to lower visible crime and disorder during the hours of the day when they serve as a ubiquitous presence in the Tenderloin.

Some of their duties look a lot like security guard work, which has led to criticism that Urban Alchemy’s approach is a form of policing, according to an Aug. 30 story by Carly Graf in The Examiner.

“Founded in 2018, the nonprofit hires people who have experienced homelessness, substance abuse or incarceration to clean The City’s sidewalks, provide outreach to people on the street, and create safer public spaces in the Tenderloin and South of Market neighorhoods,” wrote Graf, who also noted the organization’s workers pick up trash and clean up graffiti.

Yet Urban Alchemy denies its employees serve a security function. That’s because state law requires real security guards to be trained and licensed, but none of the organization’s ambassadors, also called “practitioners,” are licensed security guards. Urban Alchemy appears to be largely relying on semantics and technicalities to skirt the legal requirements, but the recent shooting brings the question of the ambassadors’ security role into sharp relief.

The Urban Alchemy employee who got shot survived with only a minor wound, but the potential for dangerous conflict will only increase as the nonprofit expands its mission. It’s time for city leaders to start asking questions about Urban Alchemy’s role in the community — and for Urban Alchemy and Mayor London Breed’s office to start answering them.

“Security experts have expressed alarm that the nonprofit, which has received tens of millions of dollars in contracts from San Francisco, could be exploiting a loophole that exempts charitable organizations from having employees receive standardized security training and background checks,” wrote David Sjostedt and Matt Smith of the S.F. Standard.

Jerry Hill, a former state senator who wrote laws pertaining to security guard certification, expressed astonishment that Urban Alchemy would fill any security role without going through the proper channels.

“To me, it would be ludicrous not to register a security guard if they are acting in that role,” Hill said in a Feb. 28 story in the S.F. Standard, which has scrutinized Urban Alchemy’s role in the wake of the shooting.

Alex Haddox, who owns a security guard training firm in Southern California, told the Standard that the lack of licensing for Urban Alchemy’s private patrol force “puts the company at risk, the patrons at risk, and it puts the guard at risk.”

Urban Alchemy, Breed’s office and Supervisor Matt Haney all failed to respond to the Standard’s requests for comment. Emily Cohen, a spokesperson for the Department of Homelessness and Supportive Housing, denied Urban Alchemy has been contracted to conduct neighborhood patrols. But Urban Alchemy’s contract with The City specifically states it will conduct “regular patrol of the site and surrounding program area.”

“We don’t talk about it that way, necessarily, but, yeah, I see the contract now,” Cohen told the Standard after reporters brought the contract language to her attention.

When the legality of your enterprise depends on playing word games that your own team struggles to maintain, the problem becomes exceedingly clear. The creative goal at the heart of Urban Alchemy’s approach — to increase safety on city streets while also providing jobs for formerly incarcerated — is laudable. But the shooting of one of its workers is a wake-up call concerning the danger into which Urban Alchemy deploys its workers. Sending people into dangerous areas to do security work without proper training would be exploitative, not innovative.

Let’s not wait until someone dies before we start asking serious questions. It’s time for the Board of Supervisors to get more curious about the role of an organization that’s receiving lucrative city contracts to carry out ambiguous and possibly illegal duties. The California Bureau of Security & Investigative Services, part of the state’s Department of Consumer Affairs, should also scrutinize the operation of this privately owned community patrol in the heart of San Francisco.

There’s no doubt the presence of Urban Alchemy’s crews have helped make the streets feel safer for many. Whether The City is taking proper steps to ensure the safety and wellbeing of these workers — such as proper training and certification for the tasks they perform — is another question entirely.

Opinion: High-profile incidents test California’s crime reforms. Are we doomed to repeat the past?

Police Chief Bill Scott on the state of S.F.: ‘I just try...

A mother murdered by her son in San Francisco: Did Chesa Boudin...