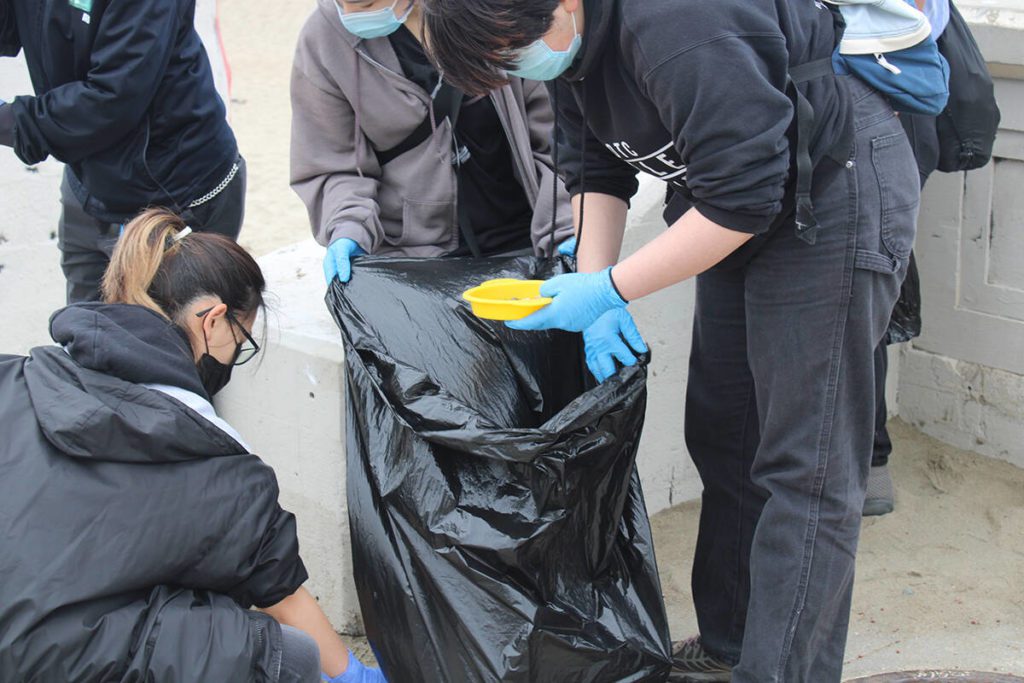 To San Francisco school officials, having to cut $90 million from next year’s budget means trimming some extra-curricular offerings. But to students relying on these programs, they are just as essential as any classroom course.

Under the watchful eye of state officials ready to step in and take over the financially-strapped district, San Francisco Unified School District must balance a $125 million structural deficit for the upcoming school year. To cut $90 million, it has adopted a plan that includes trimming $50 million from school-based budgets and $10 million in direct services.

Some of those offerings, called direct services, include internship, mentorship and wellness support programs. Student supporters are especially pleading with the district to keep three of them intact: Junior Reserve Officer Training Corps (JROTC), whose mission is to help students become better citizens; Peer Resources, which teaches leadership skills; and Advancement Via Individual Determination (AVID), which is focused on success in higher education.

Over and over in public comment and to The Examiner, students have said these programs have taught them real-life skills, from leadership development to financial literacy, skills that prepare them for life after high school.

“It’s been a huge help in a lot of students’ lives,” said Agnes Liang, a student delegate to the Board of Education, of her experience with AVID. “It helps you recognize your potential, it helps you recognize that you have something to offer the community and greater world. It just shows that we have to work even harder to restore everything that is going to be stripped away throughout this (budget) process.”

JROTC’s budget would be cut by $500,000. District staff argues the program doesn’t serve the district’s “equity vision” and enrollment is low. Peer Resources would be potentially eliminated after being cut by $1.1 million, a move also attributed to low enrollment. AVID would be cut altogether to save $630,000 from the general fund. It is unclear how many students these programs serve and how much capacity would be left, if any.

Ophelia Williams, executive director of Peer Resources, said at least 300 students at over 15 school sites are served by the program, which would be wiped out by the proposed cuts.

“It would be devastating,” Williams said. “It can be just numbers on a page. These are our most marginalized students, these are students facing major adversity, they need the program to keep on course.”

“Budget reductions will scale back service enhancements, identify ways to configure the delivery of core and priority services more efficiently, and preserve high-leverage and high-impact investments,” Dudnick said in an email.

The cuts come at a time when students are adjusting back to a full in-person schedule as the pandemic continues and may be struggling with mental health as well as academics.

Josue Cruz, 16, said he felt like an outcast coming to Lowell High School, and struggled with a heavy workload. He found JROTC through its drum corps and said he felt like he found his family and mentors. He now teaches other students.

“I’m getting taught things I will probably be using in the future,” Cruz said. “Seeing it taken away, I’m thinking about how all the future students might not have the opportunity to grow like I did. All these students are going to enter this environment not having any program they can relate to.”

Students pushed back on the idea that JROTC, which is staffed by retired military members but does not recruit, indoctrinates students into the military. Maricar Esquivel, a senior at Balboa High School and the brigade commander who oversees JROTC at all seven high schools, pointed out the volunteer work they do, such as at food banks.

“We have done so much for The City,” Esquivel said. “All of the cadets have gone out of their way to give back. I don’t see any other program that’s doing all of the work that we are.”

Liang, who attends Mission High School, said she found the cuts heartbreaking while recognizing the need to prevent a state takeover. She previously participated in Peer Resources and is now in AVID, a program she considers to be a boon to first-generation college students like Cruz, who was also in the program.

Alan Wang, a senior at Abraham Lincoln High School, went through AVID in middle school, where he learned foundational skills to stay organized and take effective notes. He also learned how to write professional emails and college essays.

“Without those things, I don’t think people are going to feel ready for the world,” Wang said. “It really helped me prepare for high school experience and a little bit of college. Students are going to lose out on this opportunity to fight for what they believe in, one less opportunity to practice leadership.”

Wang also participated in Peer Resources as a paid intern in junior year to reach out to youth. He created video presentations to raise awareness about anti-Asian discrimination and promote vaccinations for fellow students.

“They don’t listen to our voices,” said Pradipti Lama, a senior at Lowell High School who is in JROTC. “I just hope (officials) put themselves in our shoes and hear how important it is to us. We’re the ones experiencing (cuts), not the politicians.”