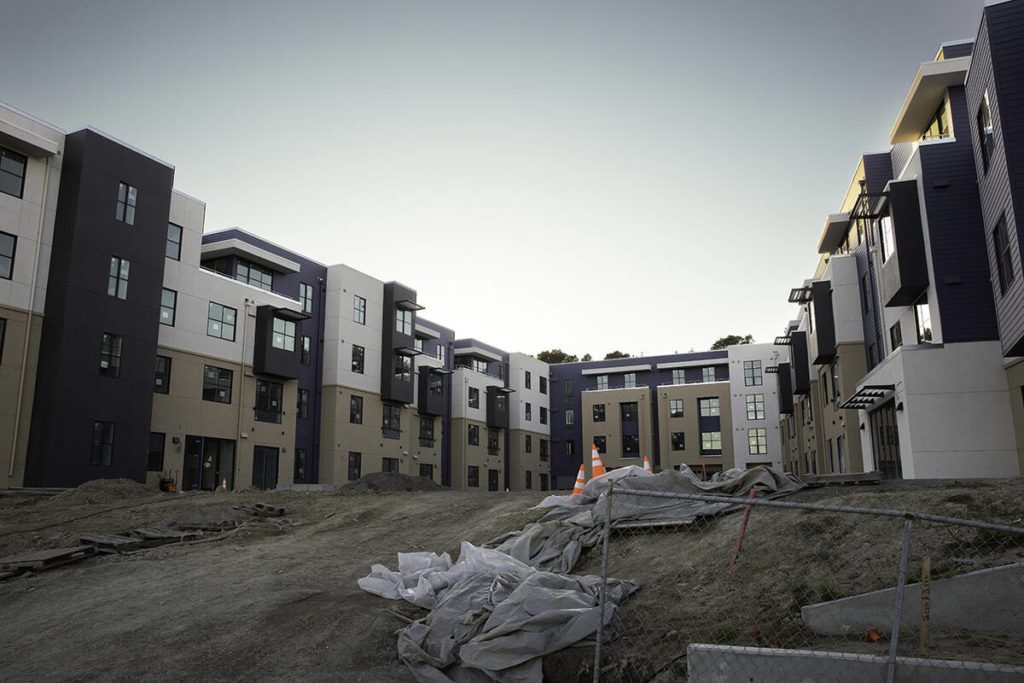 School districts have increasingly turned to their surplus land to either sell or build housing for their teachers and other educators to help stabilize their workforce, as well as school finances. Jefferson Union High School District, which encompasses Daly City and part of Pacifica, is looking to tap its extra land for a large residential development that goes beyond educator housing.

But critics say if a past venture is any indication, the funds gained for the school district could be underwhelming. At the same time, affordable housing in the area could be farther out of reach for local residents. Moreover, the controversial project would remove a swath of green space in a city that has little of it now.

The proposed project known as Serramonte del Rey would build 1,100 units of housing with just 10% designated as affordable, not including its 122-unit building for educator housing already approved and under construction. The district has not yet said how much money the project would bring.

It has the enthusiastic approval of the district’s teacher’s union and its students who are desperate for stability in the classrooms, assuming the increased revenue goes toward salary raises. The district argues the Serramonte del Rey development is necessary because Jefferson Union is one of the least-funded high school districts in San Mateo County, losing about 25% of its staff annually.

District officials say building on the 22 acres of land at Serramonte and Callan boulevards, across from the Serramonte Center shopping mall, would bring much-needed revenue. It would mean there would be no need to ask residents to vote on another parcel tax to be paid by property owners.

Tina Van Raaphorst, Jefferson Union’s associate superintendent of business, estimates annual profits would be in the millions after the housing is built out in 10-15 years. A developer has not yet been publicly identified or a deal struck.

“The necessity (to build) has really come about due to the lack of funding for education overall,” said Kalimah Salahuddin, who sits on the Jefferson Union Board of Trustees. “If someone can show me another way to do this and make money for the school district without having to raise property taxes, I’d be for it. We’ve done this in the past.”

Jefferson Union is in the unusual position of not only pursuing a market-rate housing project but also having completed a similar project. The district enlisted a developer in 1985 to turn district land into what is now known as Serramonte Ridge Apartments and receives 25% of the profits, according to the city planning document at the time.

The Serramonte Ridge Apartments in Daly City, another Jefferson Union High School District venture, did not live up to its promise, critics say. (Craig Lee/The Examiner)

Last year, Jefferson Union received $1.2 million from the property and $19.6 million over the past 16 years, which is as far back as the district’s financial system shows. To put that into context, the yearly revenue amounts to about 1.8% of its $67.5 million annual budget, financing the equivalent of about 12 teachers of its 260 credentialed staff each year, according to Van Raaphorst.

Serramonte Ridge brought 396 units to Daly City, 20% of which were required to be affordable. But that requirement expired in September, leading to rent increases in affordable units, just as debate raged over Serramonte del Rey. The units will eventually transition to market rates.

Opponents of the Serramonte del Rey project point to Serramonte Ridge as a district venture that did not live up to its promise.

“It clearly was not a long-term sustainable investment that could sustain our district financially,” said Nick Occhipinti, a Jefferson Union trustee who opposes the new project. “If the question is: should we do it again? The answer is clearly no and, at the very least, not with this plan. What we need is an alternative and it needs to come from the community.”

The project contains no guarantee about how long some units will remain affordable.

The Housing Leadership Council of San Mateo County, a nonprofit network that aims to increase housing, backs the project and is not pushing for a higher or specific affordable housing percentage. But the group, whose board includes Salahuddin, wants the project to partner with a nonprofit developer or operator for the affordable housing portion to ensure it remains as such indefinitely.

“We want to see a proposal that provides deeply affordable housing as well as revenue to the school district,” said Leora Tanjuatco Ross, the Housing Leadership Council’s associate director and board member of housing advocacy group YIMBY Action. “We’re supporting as many homes as are financially feasible to make it happen.”

But Serramonte del Rey, as proposed, has angered community members seeking to protect rare green, recreational space in Daly City. A beloved community garden onsite, whose produce, users say, goes to food pantries, would be moved and considerably shrunk. And to make space for the development, district offices currently located at the site would relocate to Westmoor Park, a dilapidated but frequented green space for nearby residents lacking other options.

The Daly City City Council postponed approval of the project twice, citing concerns over the affordable housing component, and will revisit the project at its Jan. 10 meeting.

District officials have maintained the current proposal is the only way for the project to yield profits that will benefit the district.

“Market-rate housing doesn’t really do anything but exacerbate the local housing crisis in the community,” said Graden. But, he added, “The ability to have a balanced approach depends on the ability to cover costs. With market rate, it’s a higher probability you can cover the cost of construction.”